In a new animation borne out of a fruitful collaboration between scientists at the Research Institute of Molecular Pathology (IMP) and the visualization team at biolution, structural biologist Clemens Plaschka invites you on a journey into the nucleus of the eukaryotic cell to discover the secrets of regulated gene expression – drawing on some very recently published data. The video was produced using the visualization platform of biolution developed with advice by scientists of the IMP.

The one-way street of genetic information flow has been dubbed by Francis Crick the “central dogma of biology”: DNA makes RNA and RNA makes protein. While this simplified view of gene expression is very instructive, the devil lies in the details. But these details lie hidden to molecular biologists in the nanoworld, stretching the imagination of even the most experienced specialists. The animation now released is borne by a partnership between structural biologist Clemens Plaschka (IMP) and the visualization team of biolution. It shows a recently published transcription initiation complex forming at the start of a gene to recruit the RNA polymerase and should provide an instructive overview of the complex interactions required to activate gene expression.

How important insights into the spatial arrangement of molecular structures can be is illustrated by the discovery of the DNA double helix, which famously revealed many aspects of the DNA’s functionality starting from its semi-conservative replication to serving as a template for mRNA. In recent years, structural biology has been revolutionised by powerful computer technologies and the advent of cryo-electron microscopy, which now produces high resolution data of molecular machines. Aided by these advances, researchers are now able to observe their molecule of choice on an atomic scale and reveal the inner workings of biological processes. These complex data are deposited in dedicated data bases accessible for anyone, but handling these data is not a simple task. In recent months, biolution has collaborated with scientists of the IMP to develop a visualization pipeline to generate instructive animations meeting the highest standards of scientific accuracy.

Inspired by the new advances in structural biology, biolution’s scientific visualization pipeline is designed to harness the capabilities of commercial software packages to animate scientific data deposited in public data bases. It provides an overview useful to anyone interested in molecular processes, from students to investors and from patients to medical doctors. biolution can only do this in a team of gifted media designers with high technical expertise and scientists rooted in the scientific community aware of the current thinking in the field.

“Research in the life sciences is progressing at an enormous pace, shining a light on complex cellular processes. Interacting with these researchers for years has equipped our team with the skills to bridge the chasm which separates the expert from the rest of the world”, says Stefan Grünert, managing director of biolution, and adds: “As an IMP-alumnus, I generally enjoy the very close interactions here at the Vienna BioCenter. Nevertheless, we feel extremely lucky about the collaboration with Clemens Plaschka, because he has contributed to some pivotal studies on the structure and function of very large and dynamic complexes visualized in our animation.” Biolution’s managing directors Iris and Stefan Grünert have backgrounds in molecular biology themselves and plan to take the company further into the scientific visualization field. 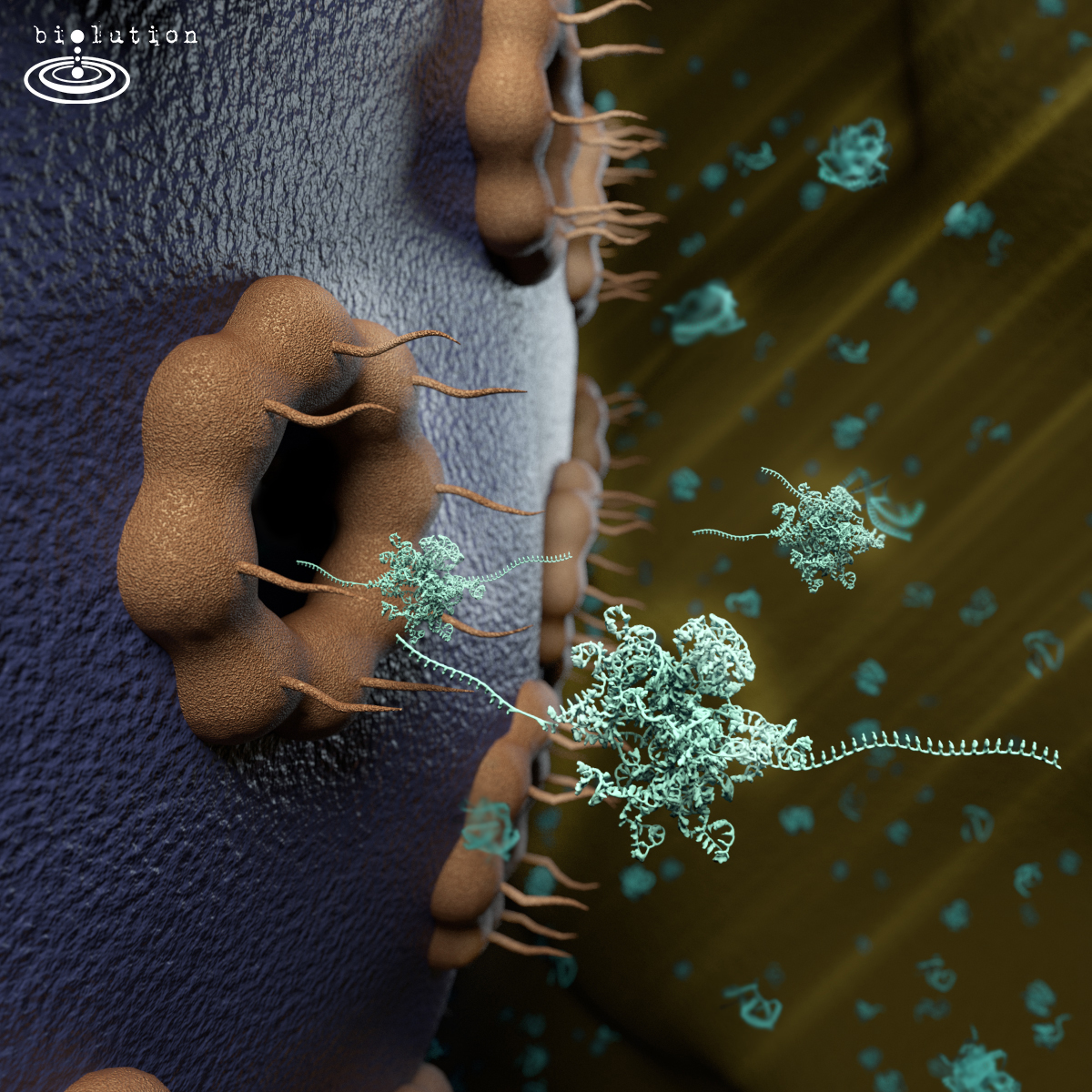 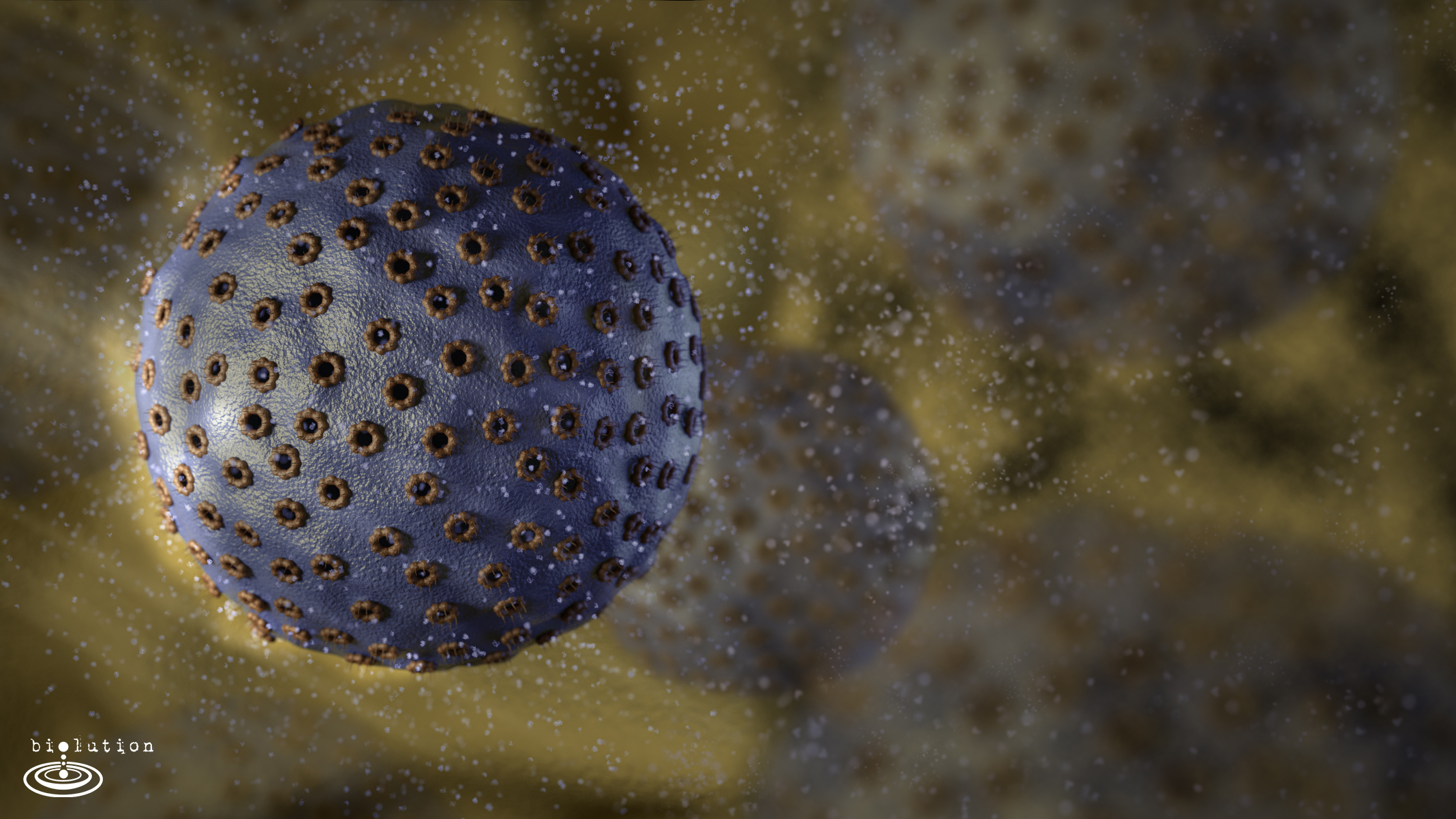 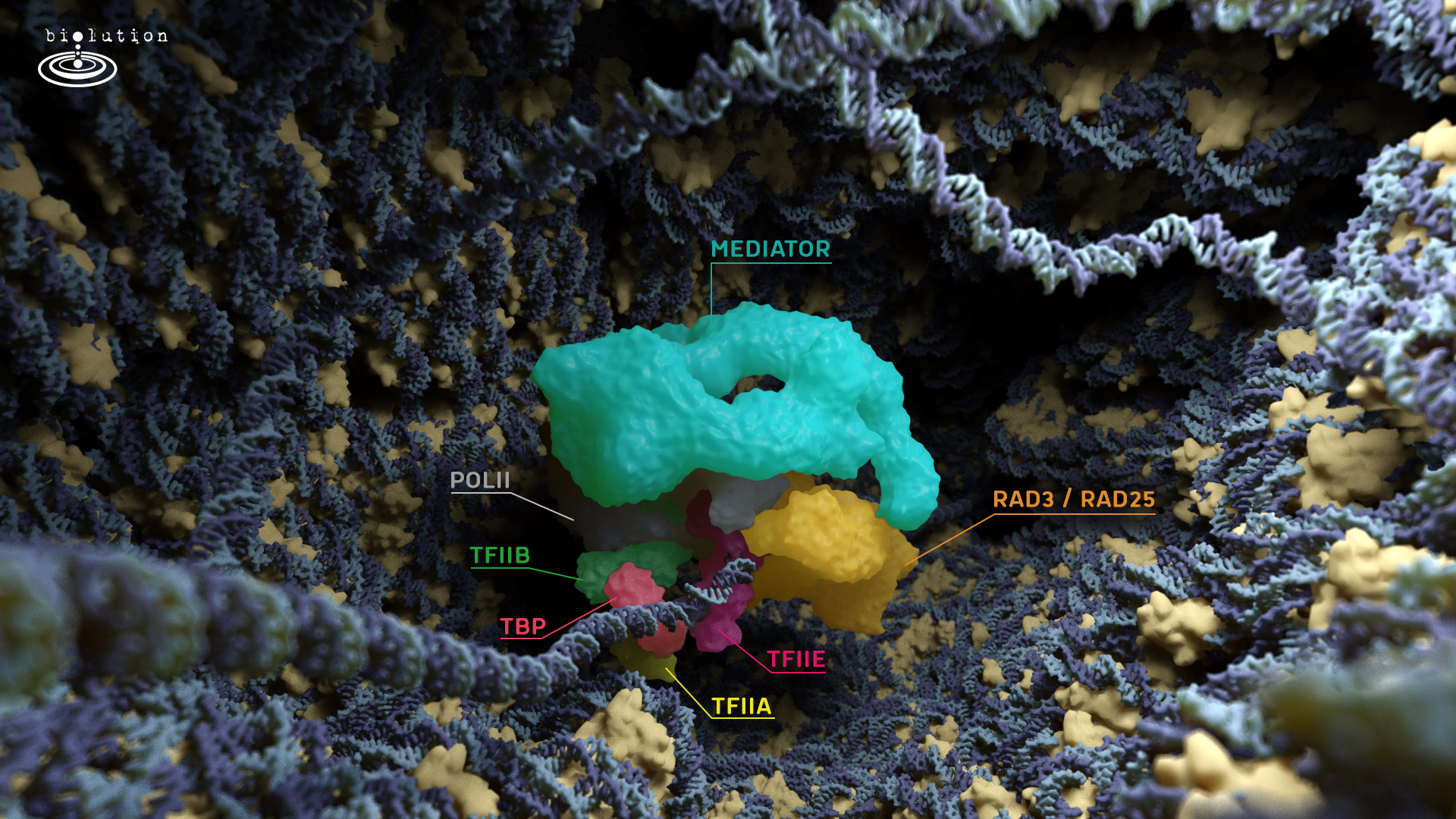 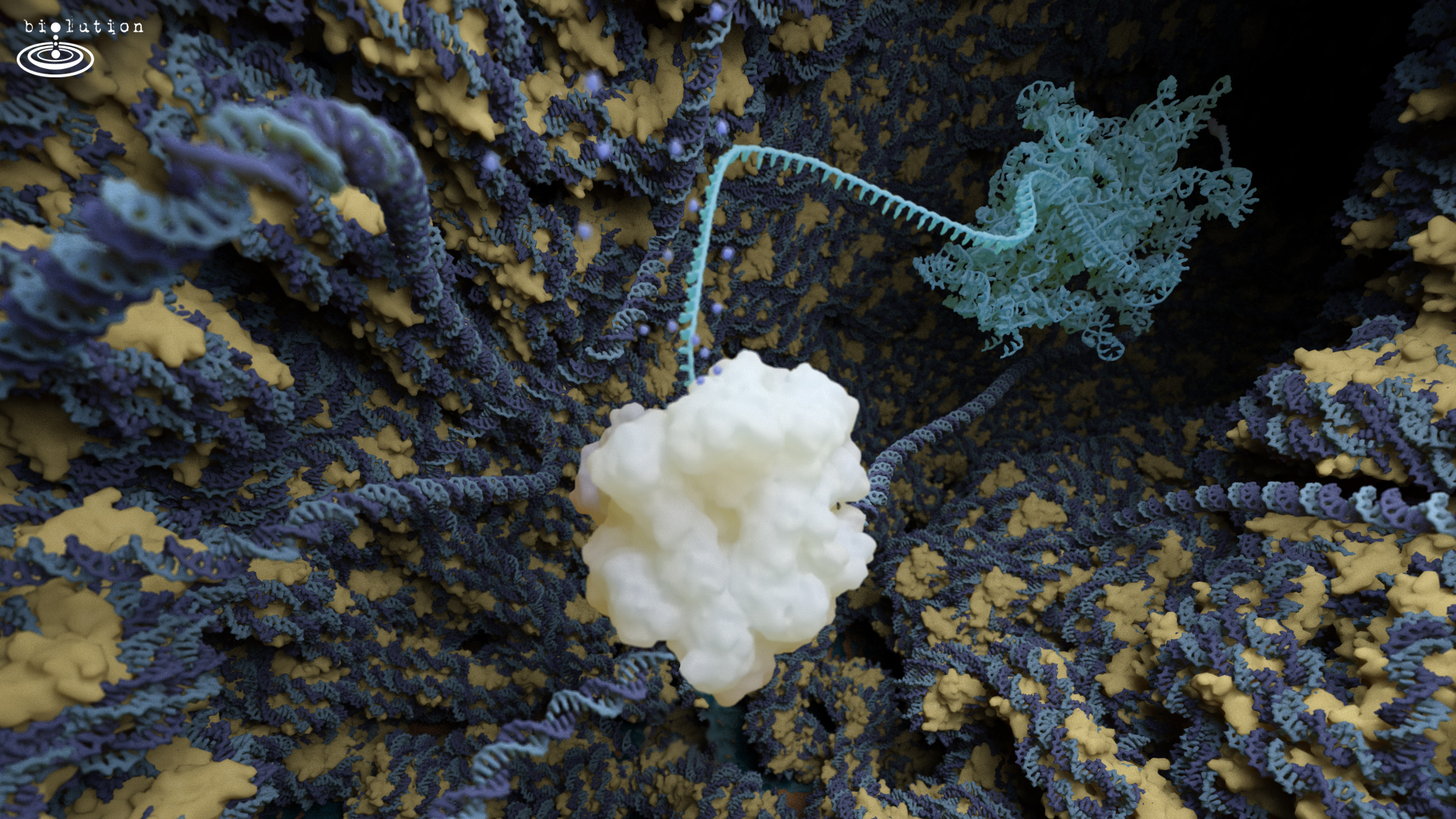 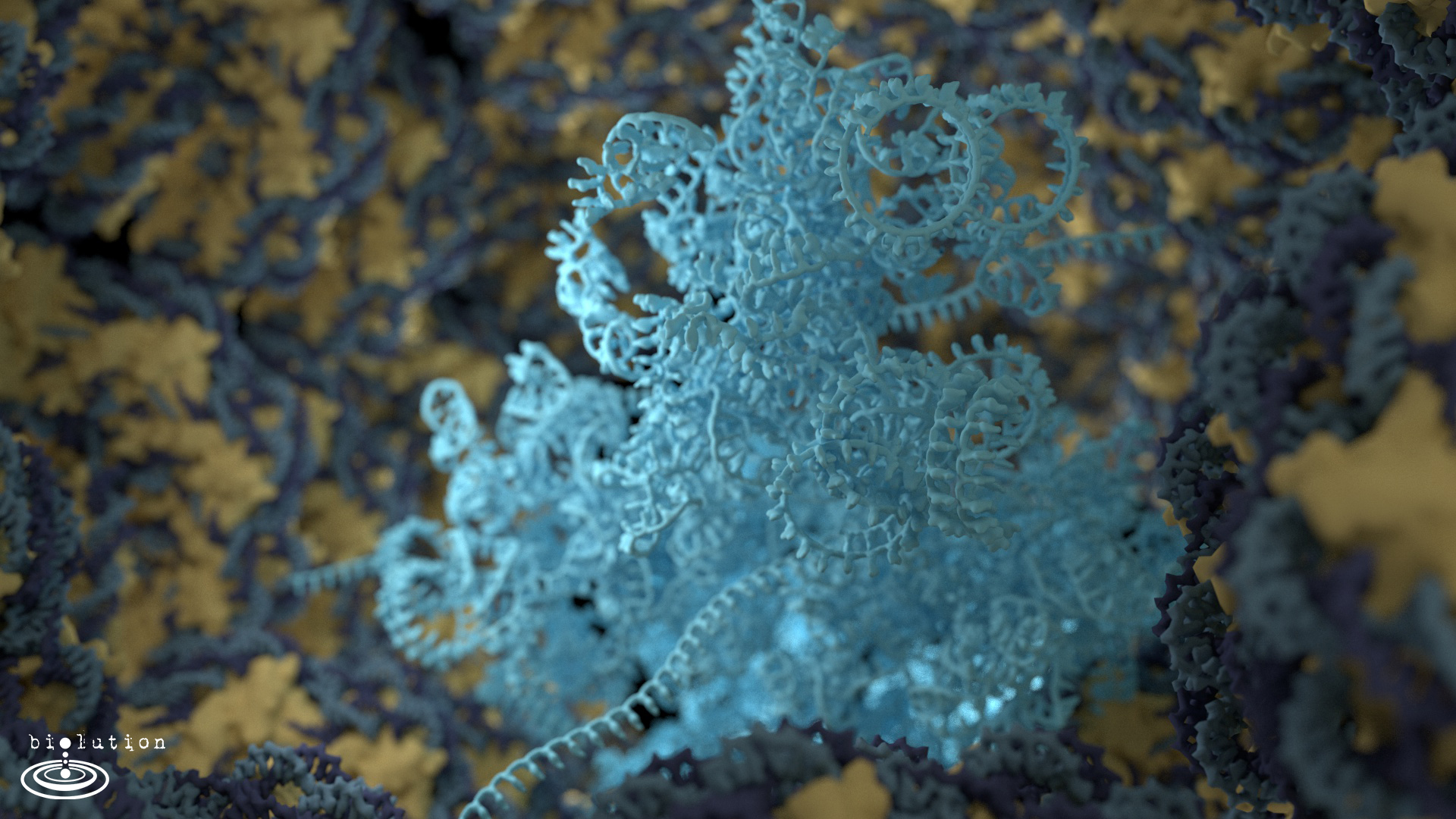 Even before the official launch, lecturers from different universities have been impressed by the complex visuals and already requested permission to use the video in their teaching. Such high interest demonstrates the importance of regulated gene expression for understanding cell biology. The idea for the video was sparked by a related project featuring also some animations from biolution, which Johannes Zuber initiated, Plaschka’s colleague at the IMP.

Clemens Plaschka, a group leader at the IMP since 2018, studies RNA structure and function, using cryo-electron microscopy. “This method, which was awarded a Nobel prize in 2017, has allowed rapid progress in the field of molecular biology”, says Plaschka. “In a cryo-EM study, we typically obtain one or more snapshots of a biological process.  Animations such as this are an engaging way to summarize and conceptualize the findings of multiple studies. Additionally, we hope to convey to young scientists our fascination with understanding fundamental mechanisms of life, such as gene expression.”, concludes Plaschka.

So, don’t be shy and explore the opportunities offered at the Vienna BioCenter. If you are a motivated graduate in the life sciences or related subjects, please check the training activities https://www.training.vbc.ac.at/ and note that the new PhD selection will open on March 1st under the tag-line “Empowering Curious Researchers”.

biolution is a scientific communications and consulting company at the Vienna BioCenter, by scientists for scientists. Founded in 2002, the team specialises in tailored solutions supporting researchers in the life-sciences in their increasingly complex communication tasks, from grant writing, over events to molecular animation. www.biolution.net

The Research Institute of Molecular Pathology (IMP) in Vienna is a basic biomedical research institute largely sponsored by Boehringer Ingelheim. With over 200 scientists from 40 countries, the IMP is committed to scientific discovery of fundamental molecular and cellular mechanisms underlying complex biological phenomena. www.imp.ac.at

About the Vienna BioCenter

The Vienna BioCenter is a leading life science hub in Europe, offering an extraordinary combination of research, business and education in a single location. About 1,800 employees, 90 research groups, 24 biotech companies, 1,300 students, and scientists from 70 countries create a highly dynamic and stimulating environment. Both IMP and biolution are part of the Vienna BioCenter. www.viennabiocenter.org