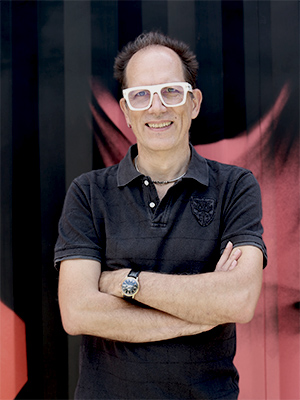 Stefan Grünert is an accomplished life scientist co-authoring more than 16 publications with in excess of 3,400 cumulative citations and several patents. He is co-founder of biolution and was managing director of “dialog gentechnik”, a national Austrian association for science communication. He regularly reviews grant proposals for the EC.

At biolution he is mainly responsible for supporting clients in their research proposals. His critical mind, strategic thinking and broad scientific background have enabled him to make crucial contributions to a wide variety of national and EU funded projects so far. Developing a suitable research plan for a research idea is his particular interest. He maintains an extensive network of contacts amongst Austrian and European life scientists, and also to funders and national contact points. In his opinion, the outstanding scientists and research intensive SMEs in his network are biolution’s most important asset.

Stefan studied biology at the University of Heidelberg (Germany) and holds a PhD in biochemistry from the University of Cambridge. He has 15 years of experience in biomedical research including post-doctoral placements at the Gurdon Institute (Cambridge, UK) and the Research Institute for Molecular Pathology (Vienna, Austria). For more than a decade he has accumulated experience in grant and research management with positions at the Research Institute of Molecular Pathology, St. Anna Kinderkrebsforschung, dialog gentechnik and the Ludwig Boltzmann Institute for Cancer Research. He has a longstanding interest in science communication and science writing. He regularly writes press releases in English and German. He also revises texts for general interest publications in both English and German.

For biolution Stefan has been involved in successful applications for more than 10 EU funded cooperative research projects, several ERC grants and numerous national grants of all sizes. In addition, in his other positions he has contributed to further successful proposals at both the national and international level. He regularly initiates or contributes to national science communication events including “Lange Nacht der Forschung” and “European Researchers’ Night”. Stefan coordinated the Austrian contribution to the European Researchers’ Night in 2009 and successfully applied for two science communication actions in FP7.

“There are many ways to ruin a good project, but nothing makes a bad project good.”